The “European” honey bee, Apis mellifera Linnaeus is native in Europe, the Middle East, and Africa. The species has been subdivided into many subspecies or “races”, none of which are native to the Americas. Despite this native status, the European honey bee have been spread by humans beyond their natural range due to agricultural benefits including pollination services, propolis production and honey production.

In the United States, the introduction of the European honey bee dates back to the American settlers in the 1620s. More recently an African subspecies, Apis mellifera scutellata Lepeletier, was introduced in South America during the late 1950s. This honey bee, accidentally released, was then able to hybridize with the local European honey bee population and has since come to be known as the Africanized Honey Bee. Having saturated Central America by the 1990s they have since successfully spread into North America. Today Africanized honey bees can be found in multiple states within the United States including; California, New Mexico, Arizona, Texas, Oklahoma, Louisiana, Arkansas, Alabama, and Florida.

Beekeepers within the United States focus on keeping colonies of honey bees of differing races. The most commonly kept honey bees are Carniolan, Caucasian, Cordovan, Buckfast, and Italian. However there are many more races available, and even more being developed to show resistance toward several honey bee pests and parasites.

dandjapiary
•
Follow
This Saturday January 28th we will be at a Pop Up Market in Sanford FL!! This will be our first market and we’re super excited 💛 Stop by the Thrift On 46 from 10am-2pm for some honey, candles and other sweets! • • • #localhoney #thrifton46 #beeswax #waxcandles #dandjapiary #supportlocal #smallbusiness #flbees
View on Instagram |
1/9 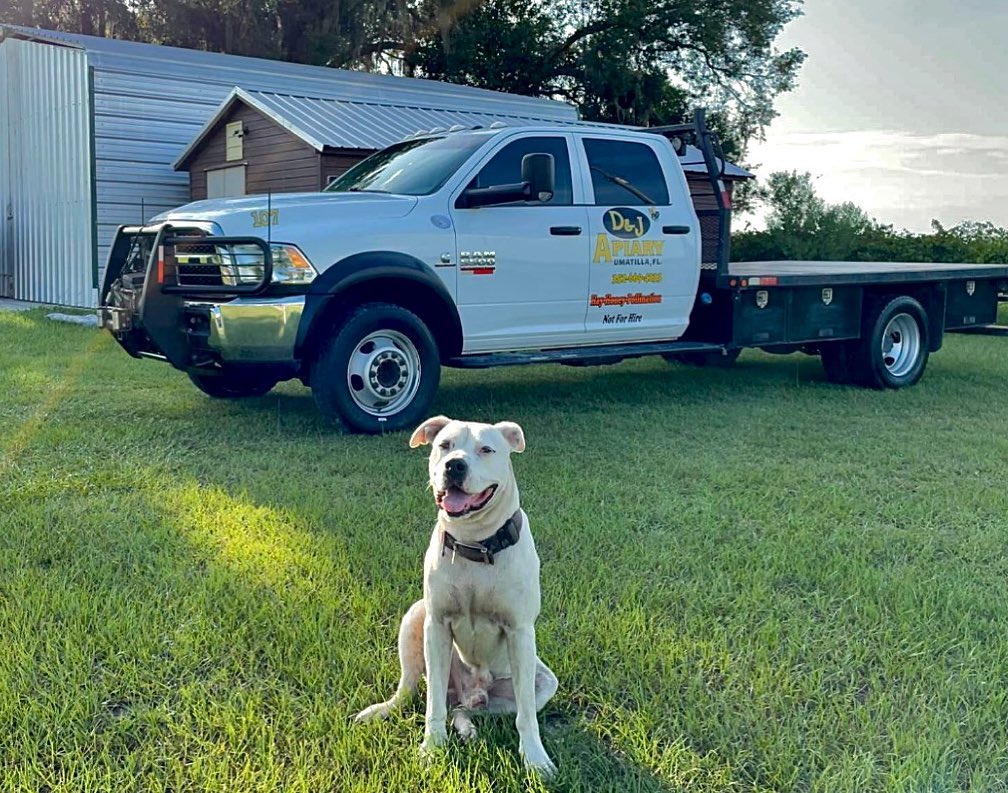 dandjapiary
•
Follow
Happy New Year!! We are happy to announce that Extracting classes will now be held at D&J! 🍯 Our first class will be held on April 29th so be sure so sign up as soon as possible. We will still have our normal beginner and advanced classes as well, and the dates are posted on the website linked in our description! 🐝 • • • #dandjapiary #extracting #honeybees #beekeeping #flbeekeeping #2023calendar #backyardbeekeeping
View on Instagram |
2/9

dandjapiary
•
Follow
We had such an incredible beginner’s class last Saturday & even with the recent hurricane, most people showed up to support. We have an advanced class coming up on Oct. 22nd, and would love to see more new faces here to learn! 🐝 Sign up before the spots fill up!
View on Instagram |
3/9

dandjapiary
•
Follow
Nucs are almost ready for the Fall! 🐝Give us a call & get reserved ahead of time 💛 • • • #beekeeping #flbees #backyardbeekeeping #dandjapiary #nucleus #queenbee
View on Instagram |
4/9 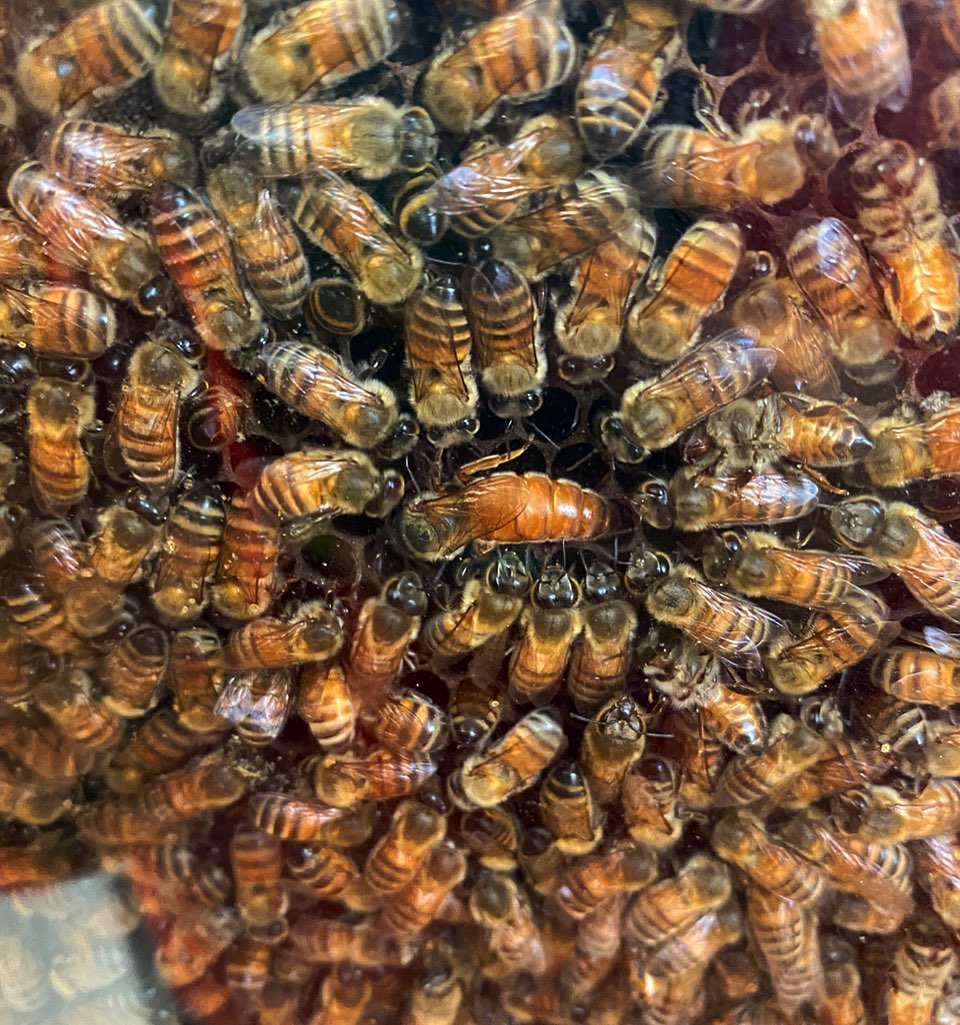 dandjapiary
•
Follow
✨Q U E E N S ✨ Ladies & gentleman we’ve got queens for sale once again !! If you’re in need of a queen due to splitting your hives or queen loss give us a call and we’ll hold some for you! 🐝 • • • #beekeeping #queenbee #queens #floridabeekeepers #dandjapiary #backyardbeekeeping
View on Instagram |
5/9 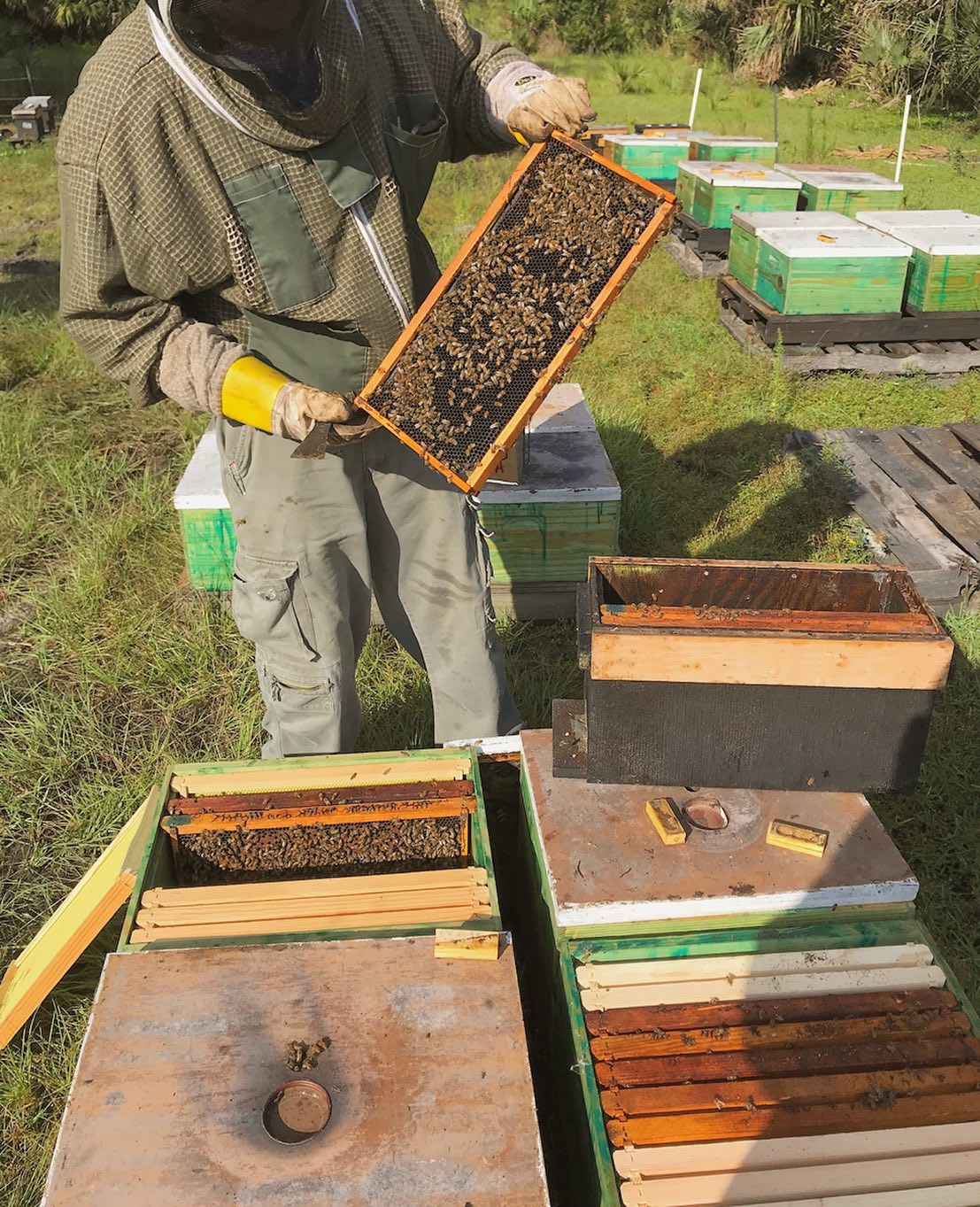 dandjapiary
•
Follow
Beginners beekeeping classes will be held in March!! Make sure to sign up before it’s too late 🐝 Advanced classes will be available in April, check out our website for more info ⛅️ • • • • #beekeeping #flbees #dandjapiary #beeclass #backyardbeekeeping
View on Instagram |
6/9 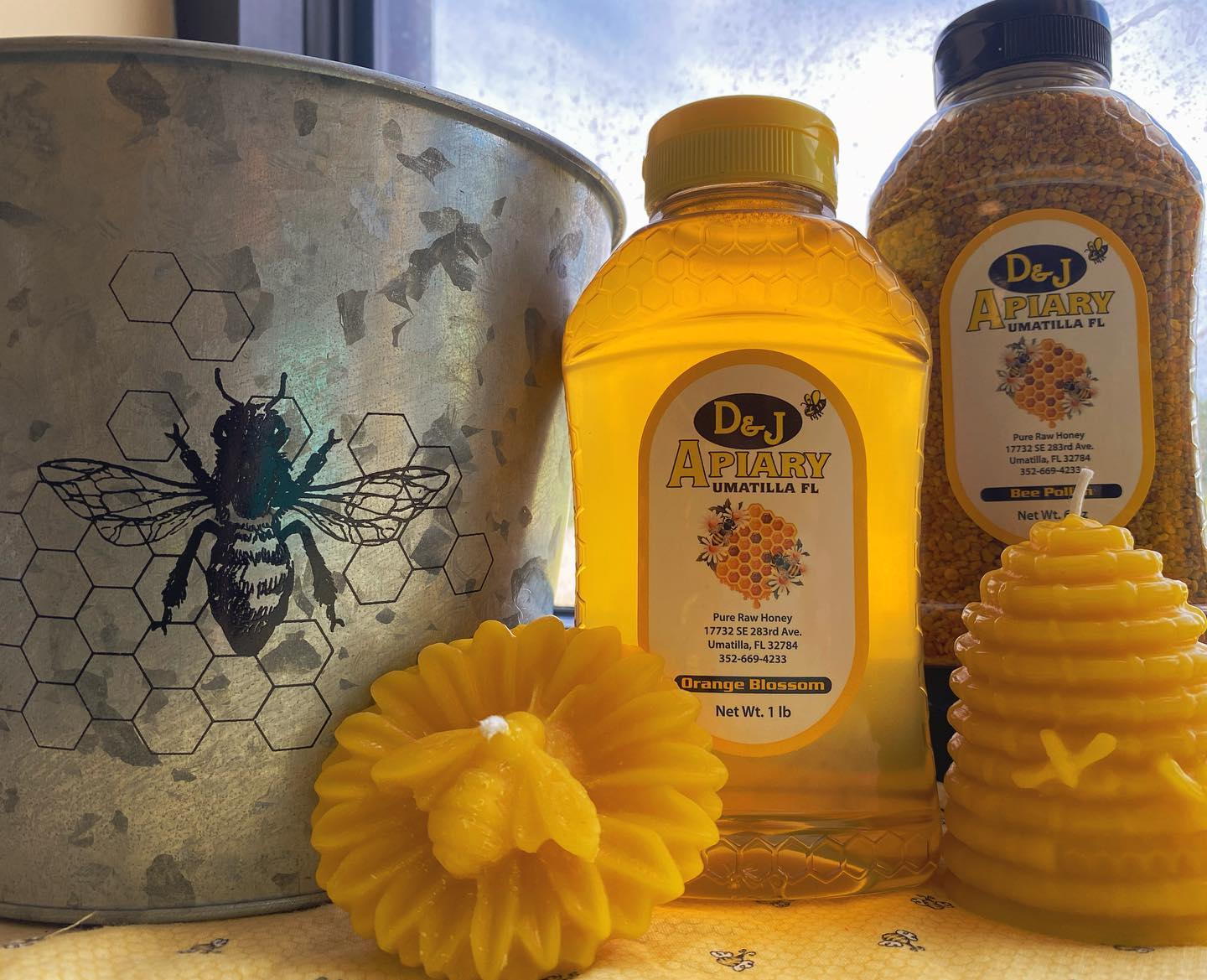 dandjapiary
•
Follow
If you live nearby Umatilla, make sure you stop in & buy some of our delicious raw honey! We have pollen, beeswax, and some candies as well 🐝 If you have any questions at all feel free to call us 352-669-4233. & WE SHIP! • • • #localhoney #raw #honey #flbees #beekeeping #dandjapiary
View on Instagram |
7/9 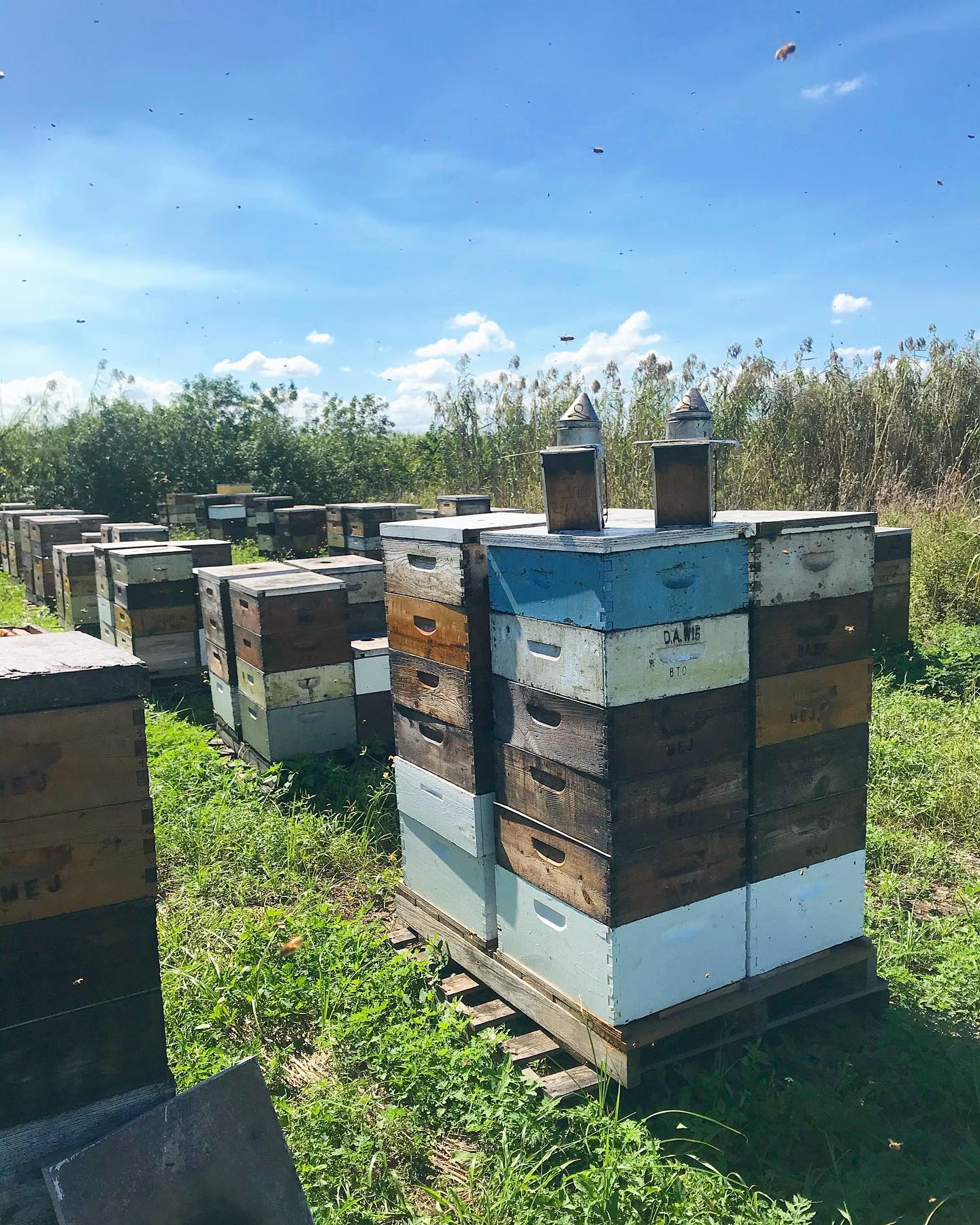 dandjapiary
•
Follow
Make sure to read up on our newest blog post, as it talks about what you should be expecting from your bees in this beautiful month of November (link in the description ) 🍯 Honey extraction should be commencing quite soon, and treatments for mites should be on the calendar !! If you’re still in need of a QUEEN, give us a call 🐝 • • • • #bees #flbeekeepers #dandjapiary #queenbee #varroamites #centralflorida #honey
View on Instagram |
8/9 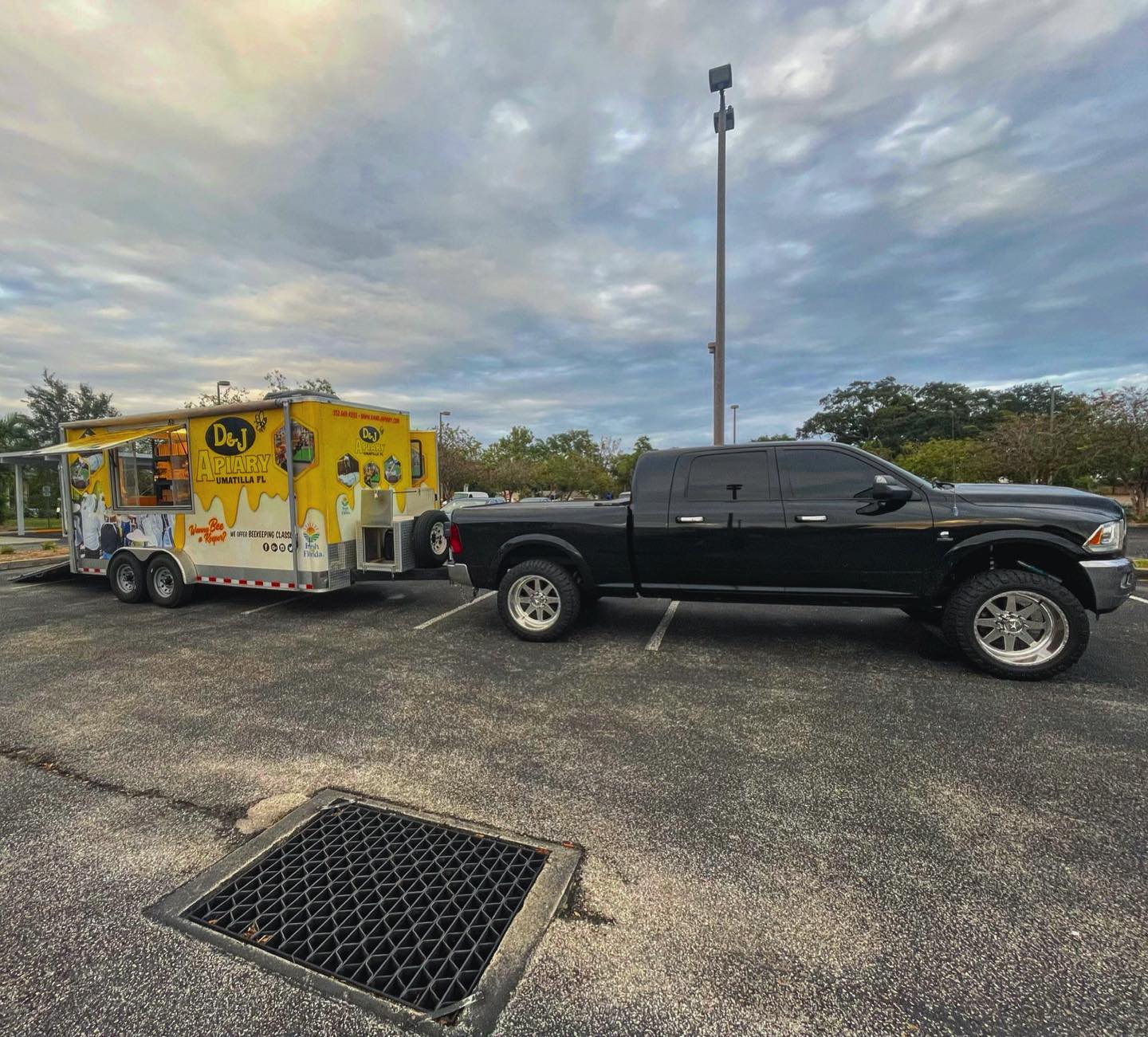 dandjapiary
•
Follow
Pinellas County Beekeepers Association is always a big success!! Catch us at next months as well!! If you’re not sure if we go to your beekeepers association meetings every month just give us a call 🐝❕ • • • • #beekeepers #dandjapiary #flbees #trailer #bees
View on Instagram |
9/9
View on Instagram